The Society of Mining Professors (SOMP) has its roots far back to the 18th century. The German name, “Societätder Bergbaukunde” establishes SOMP as the successor of the first-ever international professional scientific-technical society, which was founded by Ignaz von Born in 1783 at Schemnitz (BanskaStiavnica) in what is now Slovakia. The “Societätder Bergbaukunde” was vibrant and global with 154 members from 21 countries. The Society also recognized distinction and accomplishment by electing Honorary Members.

Ignaz von Born was appointed as a mining advisor in Prague in 1770. He visited several mine sites in different regions and countries to expand his theoretical knowledge with the practical appreciation and experience in the field of mining and metallurgy. He was member of several societies, some international based in Stockholm, Sweden and London, England, where he was able to connect with scientists, engineers and academics from around  the world. Starting in 1781, von Born began to work on the amalgamation process for extracting gold and silver from ores. In 1783, after intense research and investigation, he was finally able to present to the professional world this new, more efficient and healthier technique, with a large-scale demonstration facility in Glashuettenear Schemnitz. Besides the local experts, international scientists, engineers and practitioners from Great Britain, Scandinavia and even Mexico and Nicaragua attended the trials at the Glashuettefacility. The success of this demonstration motivated the participants who attended to establish an international society dedicated to mining engineering , named “Societät der Bergbaukunde”. 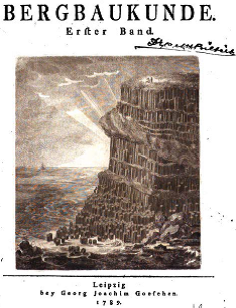 Figure 2: "Bergbaukunde" - The cover of the original publication (1).

An Organization Committee of nine members, with von Born as President, was selected by the participants of the Glashuette meeting.  Their duties included to develop the First Statutes of the new Society and extend invitations to other professionals to join. The formal invitation letters to join the Societät der Bergbaukunde were sent in 1786 and were directed to universities and other institutions related to mining all over the world. The letter was signed by von Born and the eight other members of the Organizing Committee.

Members were supposed to publish their newest studies, developments, successes and failures from their respective working fields. All this body of knowledge was to be steadily collected at a central archive in Zellerfeld, in the Harz mountains of Germany. Important publications would have been published for free and all material would be available to members demand. Based on that concept, a publication, the “Bergbaukunde” (i.e., “Mining Engineering”) Volumes 1 and 2, was released and was to remain the sole publication of the Society. Famous scientists and engineers around the world became members of the new society, included James Watt, the Scottish engineer and inventor of the steam engine, Antoine Lavoisier, the French illustrious chemist and creator of modern chemistry, and Johann Wolfgang von Goethe, the most celebrated German poet whose position as Privy Councillor at Weimar included the mines of the Duchy.

The history of the Society was short and many reasons are quoted as to why one of the most respected scientific initiatives of that time came to an end in 1791. The death of the founder and first President, Ignaz von Born, in July 24th, 1791, was definitely a factor. In addition, and at about the same time, the French members died during the French revolution.  And perhaps, at a time of political instability and turmoil, it was difficult for a young Society to survive and grow. Nevertheless, even as the society existed just for a short time, the fact that the Societät der Bergbaukunde was founded in 1783 as the first ever international scientific-technical society, is a unique and special achievement.

The “Society of Mining Professors / Societät der Bergbaukunde“ is today an organization that follows the 1873 origins and traditions to serve as an international networking community focused on the mining discipline.  Although the current name, Society of Mining Professors, encompassed more specifically the academic community of Mining Engineering, SOMP is proud to include “Societät der Bergbaukunde” in its name as a tribute to the foresight, legacy and contributions of Ignaz von Born and his fellow campaigners and colleagues.